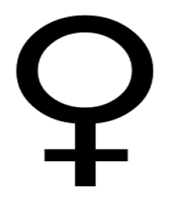 Diets high in omega-6 (n-6) fatty acids in mice have been associated with a higher proportion of female offspring. So, Australian researchers designed a study to determine whether feeding ewes a diet differing in n-6  for 6 weeks before and 3 weeks after conception would increase the proportion of females born.

Merino x Border Leicester ewes (n=296) received either a diet high in n-6 (70% oat grain, 8% cottonseed meal) or a control diet low in n-6 (88% legume silage) for 42 or 53 days before and 17 days after conception. After mating, all ewes grazed improved pastures until lambing.

Plasma n-6 concentrations were greater, the time to parturition was shorter, and the proportion of female offspring  was higher (58.2 vs. 43.5%) for the ewes fed the high n-6 diet compared to the low n-6 diet.